Knollwood’s championship golf course was designed by the golf course architecture firm of Colt and Alison, and opened for play in 1925. This was at the height of what is widely considered “The Golden Age” of golf course design, with H.S. Colt one of the earliest architects, influencing the design work of many to follow.

The following are excerpts from The Golden Age of Golf Design by Geoff Shackelford.

HARRY S. COLT
(1869-1951)
“An architect’s earnest hope is, without doubt, that his courses will have the necessary vitality to resist possibly adverse criticism, and will endure as a lasting record of his craft and of his love for his work” - H.S. Colt

A Cambridge graduate and practicing lawyer for a number of years, H.S. Colt was also a fine player who became so interested in golf architecture that he dropped his law work altogether and became a full time architect. His first design was in London during the early 1900’s, with many other pre-World Ward projects following soon after.

Colt’s workload became so heavy that he added several fine associates. The first was his lifelong partner in design, C.H. Alison. Colt also formed a brief partnership with Alister MacKenzie whom Colt met while working at MacKenzie’s home course, Alwoodley in England. Colt was perhaps the first prolific, full-time golf course designer in England, and he set the standard for other professional architects of the Golden Age. He presented attractive renderings, wrote articles on the subject, penned Golf Course Architecture with C.H. Alison in 1920, and was the first to create golf course tree planting schemes. Colt’s tree plans were presumably to forestall any future plantings by club committees.

The list of H.S. Colt’s important design and redesign work is filled with landmark courses. Though his work in the United States with Alison was limited … his consulting work at Pine Valley was invaluable … His design with C.H. Alison at Timber Point Golf Club on Long Island was celebrated upon its opening as being part Pine Valley and part National Golf Links, with vast areas of sand, marsh and the bay coming into play on several holes.

In the British Isles, Colt redesigned and created the modern versions of Sunningdale and Wentworth, England’s two most noted inland courses. He was responsible for what many consider to be the most sound example of architecture in all of Scotland – Muirfield.

H.S. Colt was a master at routing courses and was a brilliant strategist. His ideas influenced many successful Golden Age designers, particularly his one-time friend and associate Alister MacKenzie. His portfolio of courses, his writings, and the subsequent work of those he trained, confirm H.S. Colt’s significance in the history of golf architecture.

CHARLES HUGH ALISON
(1882 – 1952)
“In planning a golf course there are no fixed rules to which is the compulsory to conform, and the variety which results is one of the greatest charms of the game.” -C.H. Alison

The often-forgotten member of H.S. Colt’s architecture firm, C.H. Alison was a prolific designer for many years, particularly in the Far East where he spent a significant amount of time. A fine player and member of the Oxford and Cambridge Golfing Society, Alison met Colt while Colt constructed a new course at Stoke Poges in London. Alison eventually joined Colt’s firm, first working as a construction superintendent and later as his associate.

While working with Colt (and briefly with Alister MacKenzie), Alison was involved with most of Colt’s projects, including Sunningdale, Wentworth and redesigns at two members of the current British open rotation, Royal St. George’s and Royal Lytham and St. Anne’s. 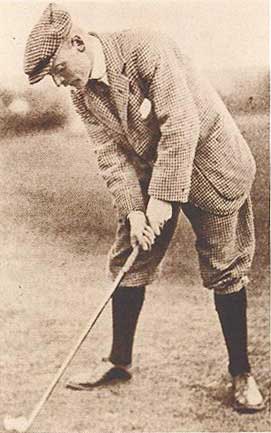